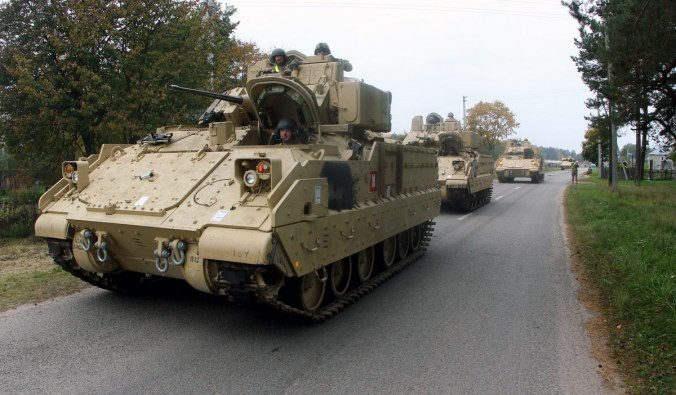 When the Soviet Union dissolved in December, 1991, its successor the Russian Federation hastened the withdrawal of its military forces from Eastern Europe. The United States followed a similar path, decommissioning scores of units, and closing dozens of installations that had protected Western Europe from the threat of Soviet attack for decades. Neither country could further justify maintaining large military forces in Europe with the Cold War having come to an end.

Russia’s military withdrawal from Europe was complete. No troops, aircraft, tanks, or ships remained in Eastern Europe owing to political and financial considerations both in Eastern Europe and back home in Russia. The US military pulled out the lion’s share of its forces from Western Europe, however, a respectable number of units remained in theater. Even though the possibility of a major conflict erupting in Europe was non-existent at the time, the Pentagon deemed it essential to US national interests to maintain a presence there in the post-Cold War time period. An underlying reason for the move was the growing importance of the Middle East to US policy. With US bases in Europe closer to that region than bases in the continental United States, the ability to quickly move forces there from Europe was certainly a factor.

The state of the US-Russia military balance in Europe was not a priority for the Pentagon during much of the early 21st Century. The conflicts in Iraq, and Afghanistan, and the overall Global War on Terror consumed the lion’s share of attention, money, and material. After the pullout from Iraq began in 2009, a smaller drawdown of US forces in Europe also got underway. Budgets were being cut and the forces in Europe were targeted. More installations were closed, and units either decommissioned, or moved to new home bases in the continental US. In April 2013, the last US armored unit left Germany. Less than a year later, Russia annexed Crimea, fighting began in eastern Ukraine. Almost overnight Europe again became a central interest to the United States and the Pentagon began to seriously examine the military balance in Europe, and think about the future.