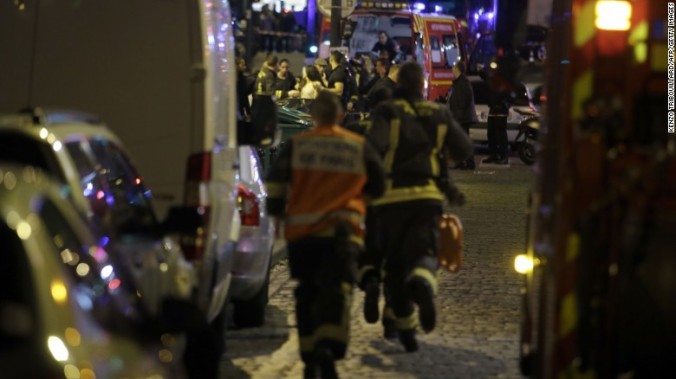 In the last hour or so reports have been coming out of Paris indicating that a number of possible terrorist attacks are underway. It may be too early to call these attacks the result of terrorists, however, the level of coordination and destructive nature of these attacks strongly suggest that they are the work of Islamic fundamentalists. As of 1712 hrs Eastern Time here is the latest news from France:

A hostage crisis is ongoing at the Bataclan Theater in Paris. 60 hostages are reportedly being held. 15 theatergoers were killed according to unconfirmed reports.

At the Petit Cambodge restaurant in the 11th district a gunman opened fire killing 11.

Three explosions are also reported outside a bar near the Stade de France, where France were hosting Germany.

Police officials are now telling the Associated Press that there are 26 dead at the current time.

The explosions could be heard inside of the Stad de France