China’s rhetoric has become noticeably sharper, and more bellicose in recent days as US Secretary of State Mike Pompeo continues his tour through Asia. The goal of Pompeo’s trip has been to build more support for containing China. Predictably, this has angered Beijing and represents another thorn in US-China relations, which have deteriorated considerably over the last 12 months. Now Taiwan is offering another outlet for China to vent its anger towards. On Tuesday, the Taiwanese Kuomintang Party (KMT) started applying pressure on the Taiwanese government to reestablish formal relations with the United States.

“The only way forward is for the mainland to fully prepare itself for war and to give Taiwan secessionist forces a decisive punishment at any time,” Hu Xijin, editor-in-chief of the Chinese state-sponsored Global Times, wrote in Wednesday’s column. “As the secessionist forces’ arrogance continues to swell, the historical turning point is getting closer.”

While the Global Times is not a mouthpiece for the Chinese government, it is in alignment with its policies. So the column should not be taken lightly by Taipei, or Washington.

China has been relentless with the amount of military pressure it has applied against Taiwan lately. On a regular basis Chinese warplanes and other types of military aircraft have challenged Taiwan’s air defense identification zones. PLAN and PLAF aircraft approach Taiwanese airspace, forcing Taiwan to scramble fighters and intercept. China is hoping the frequent flights is having a negative effect on Taiwan’s military readiness, however, it is fair to surmise that they could be having the opposite effect.

Taiwan is hoping for a Trump reelection victory in November. The Trump administration’s criticism of China’s expansionism and human rights violations have proven to Taipei that it has a genuine friend in President Trump. A Biden victory, given his soft record on China, could encourage Beijing to strangle Taiwan economically, in preparation for a military move against the island at some point after.

On Monday the Trump administration announced a new series of sanctions against Iran, the latest phase in the US campaign to exert maximum pressure on Tehran. The latest batch of sanctions will target Iran’s weapons manufacturing industry. Secretary of State Mike Pompeo announced the action today at a joint press conference with the principal members of the Trump administration’s national security team. President Trump had earlier signed an executive order related to the sanctions.

“Today, I will take the first action under this new executive order by sanctioning the Iranian Ministry of Defense and armed forces logistics and Iran’s defense industries organization and its director,” Pompeo said.

The announcement comes as the UN General Assembly kicks off in New York City. This year, the gathering will be like no other in the UN’s history due to the COVID-19 pandemic. Most of the diplomatic interaction and speeches will come through digital means. The renewal of UN-sponsored sanctions against Iran was expected to be a topic for discussion at the General Assembly but under the circumstances it no longer appears probable.

Iran’s currency reacted to a previous US announcements earlier in the weekend that all UN sanctions against Iran had been restored. The rial hit a record low on Sunday owing largely to Iranian-US tensions. The rial has lost roughly half of its value in 2020.

Adding to the tense atmosphere is the appearance of the USS Nimitz carrier strike group in the Persian Gulf to conduct operations in close proximity to the Iranian coast. Nimitz and her escorts transited the Strait of Hormuz late last week, and is the first US aircraft carrier to operate within the Gulf since November, 2019.

It has not taken long for both the United States and China to start projecting power in the South China Sea on the heels of the US declaration that nearly all of China’s claims in the SCS are unlawful. ‘The world will not allow Beijing to treat the South China Sea as its maritime empire. America stands with our Southeast Asian allies and partners in protecting their sovereign rights to offshore resources, consistent with their rights and obligations under international law,’ US Secretary of State Mike Pompeo said in a statement earlier this week. The statement outlined the position of the United States vis-à-vis China’s expansionist activities, and claims in the SCS region. Just a couple days after Pompeo’s statement, two US carrier strike groups have reentered the South China Sea to conduct exercises. The Pentagon claims the move is unrelated to current events, however, even if true it still sends a message to Beijing. China has responded by deploying 4-6 J-11B Flankers to its airfield on Woody Island, part of the Paracel Islands. A modest move by military standards, but one that sends a message back to Washington.

With US-China relations deteriorating at a rapid clip, Washington has been increasingly concerned that China is using the pandemic as a window of opportunity to expand and solidify its position in the SCS, as well as in other areas. The statement confirming the US position serves to demonstrate resolve and show support for Southeast Asian nations that have been affected by China’s aggressive expansion around the SCS. 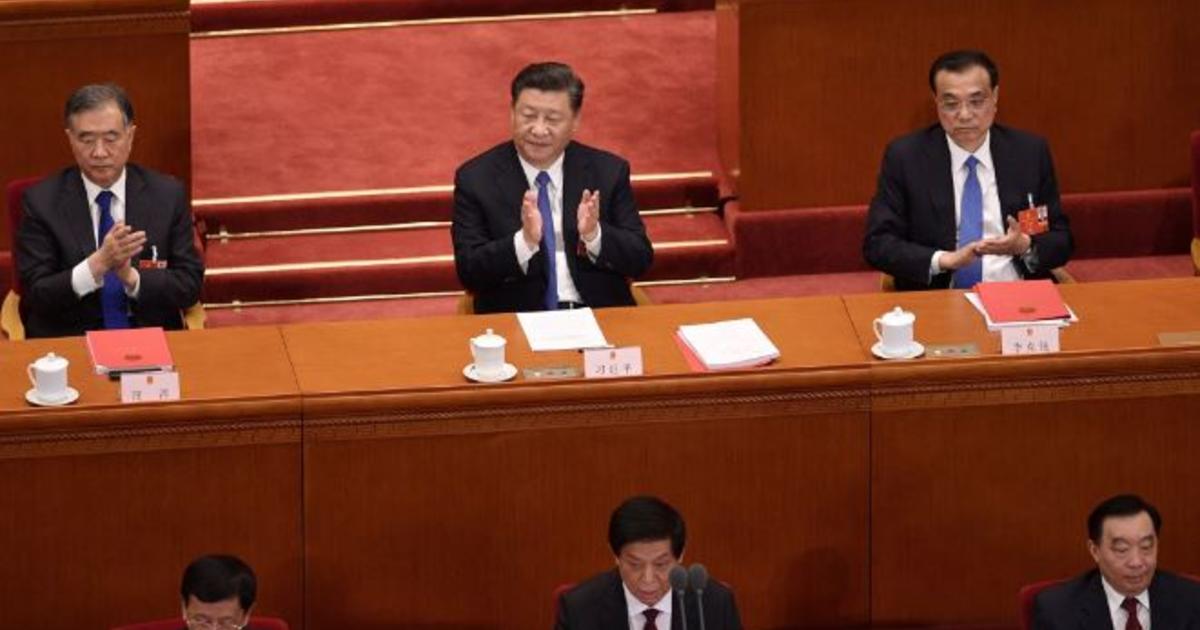 The National People’s Congress, China’s rubber-stamp legislative body, has approved a national security law that asserts Beijing’s authority over Hong Kong. The law is expected to take effect by September will authorize the Chinese government to prevent “secession, subversion, terrorism and foreign interference” in the semi-autonomous city. In simpler terms, the security practices in effect on mainland China will be coming to Hong Kong.

In Hong Kong itself there is growing fear the new law signals the death of the ‘one country, two systems’ agreement reached between China and Great Britain in 1997 when control was handed over to China. The law will give the city government, with the oversight and participation of mainland authorities, broad powers to quell unrest. A heavy-handed crackdown is expected as soon as the law is enacted.

In the coming weeks, as the Chinese government works out the details of the legislation more will become known about the fate of Hong Kong. Specifically, how much autonomy remains, and how tightly mainland China intends to tighten its grip. The United States is already moving forward under the premise Hong Kong is no longer autonomous from the mainland. Secretary of State Mike Pompeo informed Congress of this yesterday, a move seen as progress towards ending the city’s unique trade status. Hong Kong is currently exempt from the trade restrictions in place against Beijing.  This may not be the case for long.

Hong Kong’s independence is what made it a global financial center. The new law throws the city’s future as a financial capital into limbo. Singapore is a likely candidate to fill its shoes in a worst-case scenario, but China will resist. If Hong Kong is to lose its status as the financial hub of mainland Asia, Beijing will want the next hub to be Shanghai. 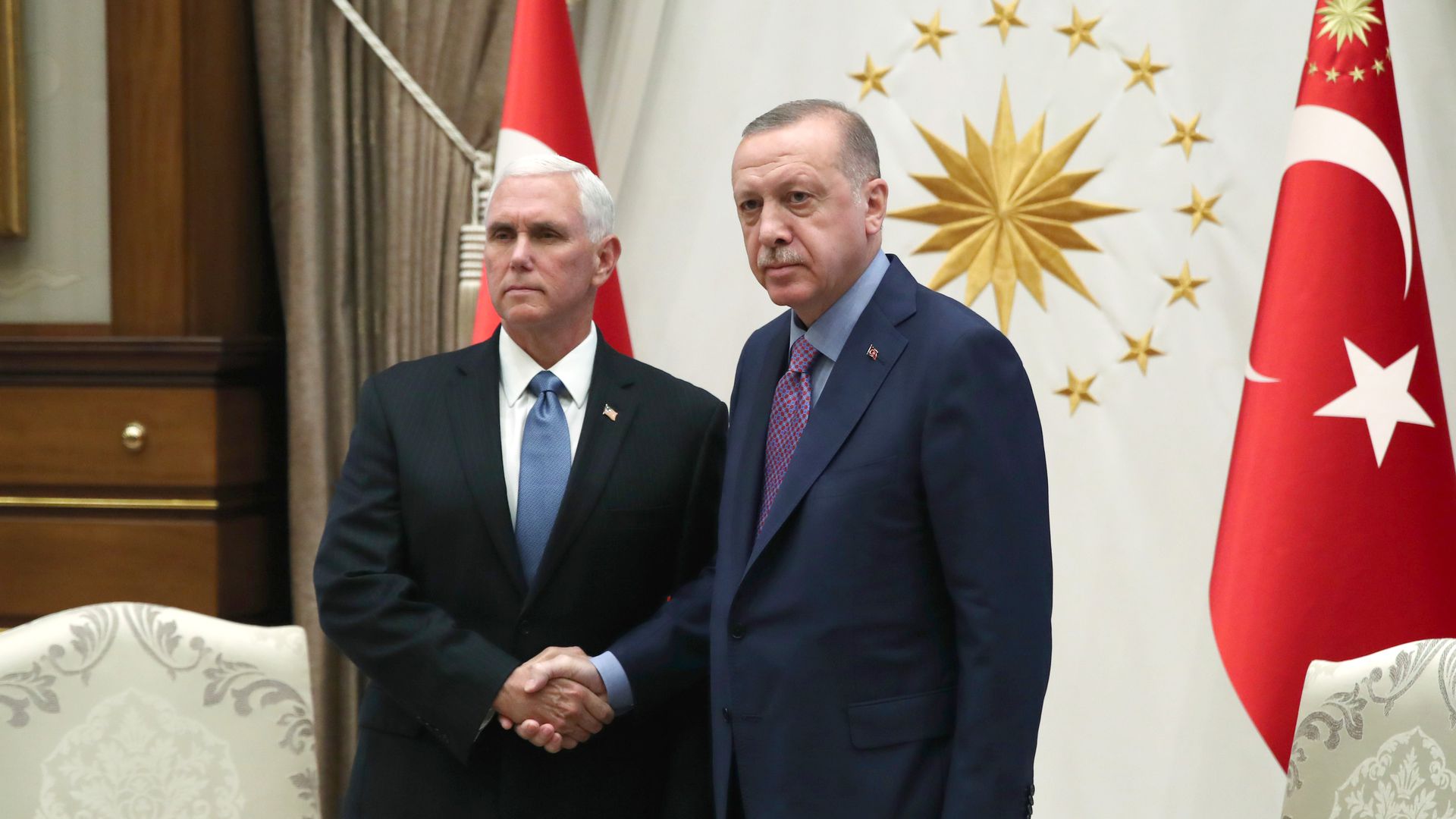 Or is it simply a pause? Well, I suppose that depends who you ask. The US government is adamantly regarding the agreement made with the Turkish government as a ceasefire. The Turks are referring to it as a pause. Semantics aside, a deal has been reached between the United States and Turkey following a round of negotiations in Ankara between US Vice President Mike Pence and Turkey’s President Recep Tayyip Erdogan. The Turks will suspend offensive operations in Syria for 120 hours to allow Kurdish forces to withdraw from the safe zone Ankara intends to establish in northeast Syria. The extent of the ceasefire will extend along the Syria-Turkey border from Tel Abyad to Ras al-Ain. Roughly an area of 100 kilometers. How the ceasefire will affect other areas has yet to be disclosed.

Despite the news coming from Ankara, there is a lot of skepticism around the world concerning the agreement. US economic sanctions against Turkey will be halted at once. This was one of the terms of the deal. Media outlets in the United States and Europe, especially those leaning left were quick to jump on the terms of the agreement and label it a bad deal at best, a continued sellout of the Kurds at worst. There is going to be a considerable amount of scrutiny through the next five days.

The real question will be what comes after the 120 hours of  ceasefire/pause end.