12 US soldiers have been killed and at least 15 wounded in a pair of suicide attacks outside of the gate at Kabul Airport earlier today.  Eleven of the dead were US Marines and the twelfth one a US Navy corpsman. The attacks were labeled as ‘complex’ by the Pentagon and they would have had to be, considering they took place within a stone’s throw from the airport gate according to earlier reports. Early indications are leading US sources to believe the attack was conducted by ISIS-K, an offshoot of the Islamic State and rivals of the Taliban. There have been warnings over the past week that ISIS-K could pose a threat to the operations now underway at the airport. Although Kabul and much of Afghanistan have been overtaken by the Taliban, a vacuum continues to exist in many respects around the country. Security is one area in particular, as we’ve seen today.

Last week, President Biden said that his administration has made it clear to the Taliban that any attack on US forces at the airport in Kabul, or disruption of operations at the airport will be ‘met with a swift and forceful response.’ Right now, the world is waiting to see how the United States and its president respond.

Author’s Note: Looks like the updates are back now, for a little while at least.

Europe is in the crosshairs of international terrorism once more. Just days after an attack in Nice, France another attack has taken place on the continent. Tonight in Vienna two people were killed and over fifteen wounded in a series of shootings in central Vienna. Austrian police and government spokesmen confirmed that a group of gunmen launched the attacks in six different locations across the capital city. The first shootings took place near the Seitenstettengasse synagogue although it is unclear if the synagogue was an intended target.

Information coming out at present is somewhat fluid. Austrian media claims a manhunt for the suspects is still underway. According to police as many as six shooters might’ve been involved and at least one is dead. Reports from outside of Austria claim one of the shooters was a Chechen with ties to ISIS. Other reports from firearm experts suggest the weapons used were likely an AK type rifle and an M57 Tokarev. Authorities believe the number of casualties will likely increase in the coming hours.

News of the attack has arrived as the last day of campaigning in the 2020 US Presidential Election enters its final hours. Neither candidate has made mention of the attack yet, but as more information becomes available both Donald Trump and Joe Biden will likely release statements.

I’ll touch on the attack a bit tomorrow and then Tuesday evening or Wednesday morning I’ll post about India and China. 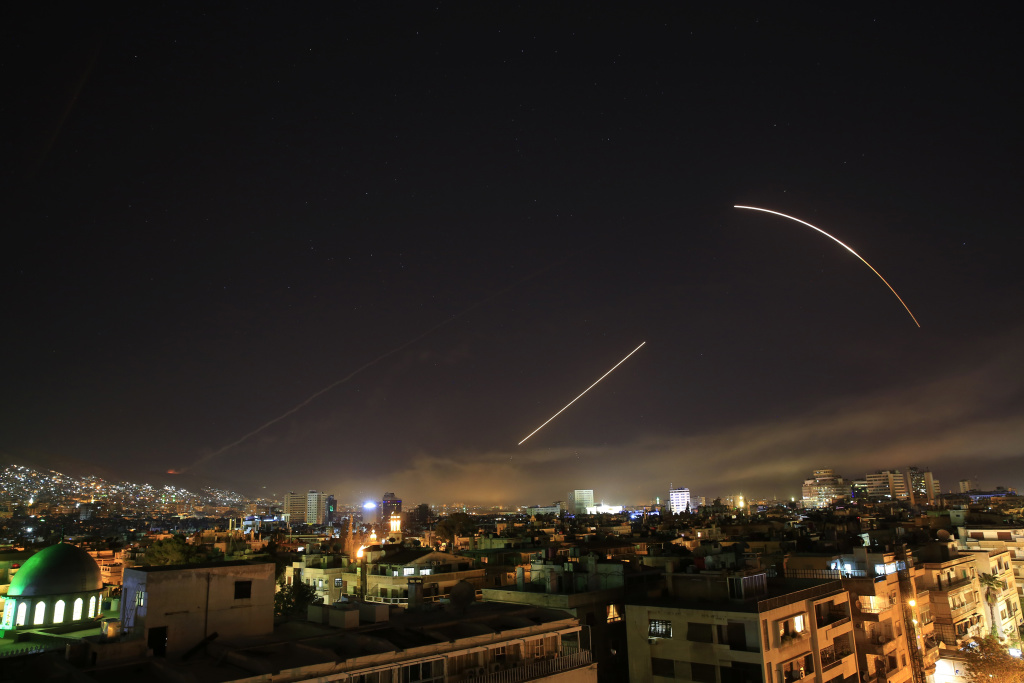 Western air and missile strikes against chemical weapon production and storage facilities in Syria have ended. The strikes were successful in both military and political terms. Bomb damage assessments indicate that every site targeted was effectively destroyed. The Trump  administration, through its actions and the end result, has reestablished and reinforced the credibility of red line threats. The predictions, and warnings that Western military action in Syria would bring about a Third World War have been fully discredited. Despite all that Russia has invested in Syria, and the staunch support it has given to Bashar al-Assad, Moscow is not prepared to start a major war simply to save Syria.

Friday night’s military action has also helped bring about the emergence of an official US strategy vis-à-vis Syria. Destroying ISIS, long the primary objective of US efforts in Syria, is now mated with the preventing Assad from using chemical weapons again. President Trump’s stated goal to remove US troops as quickly as possible can still be achieved. ISIS is on its last legs, and before long a US ground presence will not be essential.  If Assad opts to use chemical weapons in the fighting again, any US and Western response will come exclusively from air and naval assets.

Russia’s next move remains a mystery. Vladimir Putin does not like to lose, so it is highly probable he will craft a response aimed at reminding the United States, Britain, and France that Russia remains a force to be dealt with. Since the situation in Syria remains sensitive and fluid, Russia’s countermove will not happen there. It could come in Ukraine, or Eastern Europe, and take the form of diplomatic pressure, heightened military maneuvers and activity, or shadow operations such as cyber strikes against the civilian infrastructures in the Baltic States. Cyber strikes would be the perfect tool to be used if Moscow wants to highlight the vulnerability of Western interests in the region. After all, the US-led strikes against Syria served to highlight just how vulnerable the Russian position in Syria is.

Then there are the numerous other proxy wars going on in Syria that will be affected by the West’s actions. It will be interesting to see how Iran, Israel, and Turkey react, and how Friday’s strikes will affect their respective plans for Syria.

Thursday’s remarks by President Trump regarding a possible US withdrawal from Syria coming ‘very soon’ has sparked concern in Washington and beyond. US involvement in Syria has been a hotly debated issue among Trump’s advisers and aides. Some feel that if the US is to withdraw from Syria, it needs to be phased, and staggered to reduce the risk of creating a vacuum, similar to what happened in Iraq after Barack Obama withdrew US forces in 2011 which contributed to the rise of ISIS. Other administration members support an immediate, and complete removal of the US presence in Syria.  For weeks the president has been hinting to his advisers about his desire to pull US troops out of Syria, a major turn from the administration’s supposed current Syrian policy. Trump’s remarks might be based on the presumption that with the war against ISIS in Syria is nearing an end there is no other purpose for keeping US troops in Syria. Many Pentagon and State Department officials believe otherwise, pointing to the worsening situation in northern Syria and a desire to use US forces and other means of support to help in stabilizing the region.

With the Easter holiday upon us, I’m cutting this update short, but will return to the subject Tuesday morning. Syria is heating up again, and not only because of President Trump’s remarks.

In the aftermath of the mosque attack in the Sinai last week, Egypt’s allies and neighbors are expressing surprise, frustration, and grave doubts about the ability of Cairo’s security forces to effectively combat the Wilayat Sinai affiliate of ISIS. The mosque attack was one of the deadliest acts of terror in Egypt’s history with over 300 dead and appears to have completely blindsided Egyptian security services. This is the second major failure by security forces in the past month. In late October 50 Egyptian policemen were killed in a botched raid against a Muslim Brotherhood hideout west of Cairo. After battling the Muslim Brotherhood and Wilayat Sinai militants for years now it is hard to comprehend exactly how these groups are carrying out such murderous attacks with ease.

For Egyptian President Abdel Fattah el-Sisi, the mosque attack is a challenge that needs to be met swiftly and with decisive force. Sisi came to power promising security, stability, and prosperous times for Egyptians in exchange for nearly-complete political control of the country. He has failed to deliver on any of the three promises, mainly due to his inability to stamp out the insurgency going on in the Sinai. Even before Sisi entered the political realm, the Sinai was a hotbed of terrorism. It’s the modern day equivalent of the Wild West in many respects. Wilayat Sinai, Al-Qaeda, and numerous other Islamist groups are active on the peninsula. Following the 2013 coup that saw former Egyptian president Mohammed Morsi ousted from power, the level of violence skyrocketed.

The United States is growing frustrated with Egypt’s lack of progress in battling the insurgency. Israel is concerned because an unstable Sinai is a threat to its security. Saudi Arabia is watching the situation closely, worried that Iran’s next venture could very well be increased support for the Sinai militants if the Egyptian military and security forces fail to get the upper hand. These are  three of the many good reasons why the Sinai situation should be watched closely in the coming months.