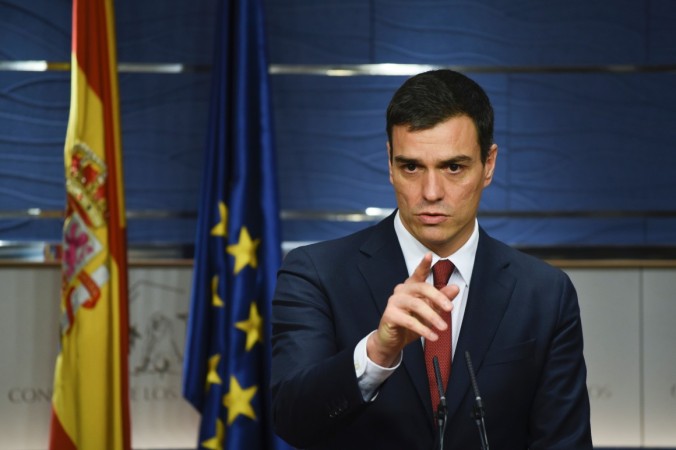 Spain has come out as a major winner in the EU Parliamentary elections and now appears ready to cash in, so to speak. The Socialist Party (PSOE) won European elections in Spain with 33% of the vote. With socialist and leftist parties in France, Germany, and Great Britain suffering massive losses in the elections, PSOE’s strong showing places Spain in a position to potentially lead the European left. Spanish Prime Minister Pedro Sanchez is wasting little time in attempting to cement a leadership role for Spain and expand its influence in the European Union over the coming months, and years. Sanchez has stated Spain will now push for a position on the European Commission (EC) where it can influence policy, legislation, and day-to-day business of the EU.

As neither of the European parliament’s major groups achieved a clear cut majority in the elections, Sanchez was able to take a leading role in negotiations at the summit in Brussels this past week to nominate new heads for the EC, European Central Bank, Representatives for Foreign Policy, and Security Affairs, as well as other high-ranking positions in the Union. Sanchez and Spain are certainly positioned well for the time being. Whether or not Spain will fill the vacuum left by Great Britain’s impending departure, and Italy’s diminishing influence remains to be seen.

Author’s Note: I had planned on including Greece and Italy as well in this post. However, given the local election results in Greece, and the effect it is having on Prime Minister Alexis Tsipras and his party, I’ve decided to give Greece its own entry tomorrow evening. I’ll get to Italy later in the week.

Across Europe, governments are now contending with the domestic fallout, and consequences of the 2019 EU Parliamentary elections. For some national leaders, and governments the election results were favorable, but for some of the largest nations on the continent the EU election results have brought on fear, and uncertainty about the future. The after-effects have brought on a reckoning of sorts in some cases. Great Britain is certainly one of these nation-states, but it is not the only one.

Britain was not even supposed to take part in the past weekend’s elections. Its separation from the EU was scheduled to have happened by now. As we all are aware, that departure is now unlikely to take place before October, 2019. The government’s failure to abide by the original timeline was on the minds of many as they cast their ballots. Nigel Farage’s Brexit Party, barely six weeks old, was the big winner, taking 31.6 percent of the vote. Britain’s two major political parties, Labour and the Conservatives suffered humiliating defeats. These parties now find themselves in the unenviable position of having to redefine themselves in order to remain relevant in post-Brexit British politics.

In short, Labour and Conservatives both need to become pro-Brexit parties. Regardless of what the polls say, the majority of Britons still want Brexit, even if the majority of politicians in both parties don’t. It became apparent to many Britons that Theresa May, and many Members of Parliament were doing everything possible to prevent Brexit from happening. Whether or not this is the case is a moot point. Because of the mainstream politicians dithering, and delaying, Nigel Farage came out of nowhere with a political party solely committed to making Brexit a reality, and thrashed Labour and the Conservatives.

Now, with the Conservatives preparing to select Theresa May’s successor, the resumes of prospective candidates will be scrutinized carefully. No politician who was lukewarm, or hesitant about Brexit stands a chance of taking over at 10 Downing St. The separation of Great Britain from the European Union has to happen at the end of October, or if at all possible sooner. Otherwise, the Brexit party might be there to pick up the pieces and steer Britain in a direction no one is ready for.

In the next entry we will look at the nations of Western Europe. 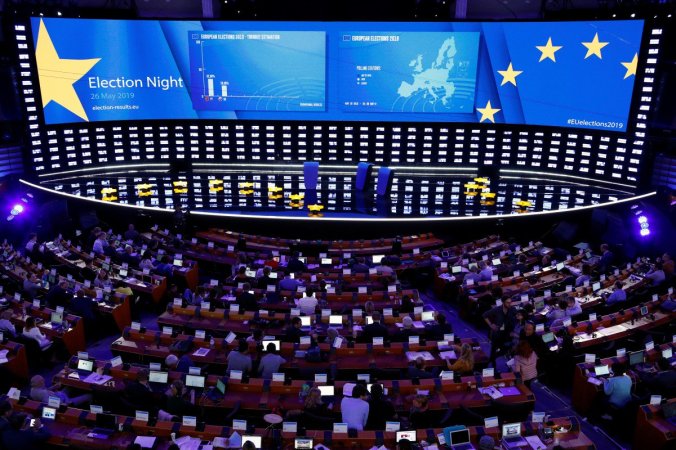 Centrists are poised to emerge as the biggest losers in the EU Elections. The center-right EPP (European People’s Party) and its center-left counterpart the Socialists and Democrats (S&D) will remain the two largest parties in the next EU Parliament, however they will no longer hold the majority. Both parties have sustained considerable losses. The EPP will have 173 seats in the new assembly, down from 216. S&D seats will drop from 185 to 147. The level of support historically held by the centrist bloc has diminished as smaller euroskeptic, and pro-EU parties have enjoyed a surge of support across the continent during this election cycle. The voting results, and projections make it clear that the EU Parliament will be even more fragmented over the next five years.

This weekend’s elections were quite different from the EU Parliament elections of the past. Turnout was over 50% and up seven percent from 2014. Supporters of the European Union, and its detractors both regarded this election as critical to the future of Europe. The biggest surprise, however, seems to be the emergence of the Pro-EU liberals and the Greens. Both parties have suddenly become crucial components to any attempts to create a stable majority.

Although the far-right surge did not materialize as many right-leaning politicians were hoping, inroads were made. Whether or not this election was a referendum on the EU is immaterial, no matter how left-leaning media outlets and politicians in Europe and beyond are claiming today. The more profound takeaway from the elections is the collapse of the political mainstream, and rejection of the ruling parties across the continent. The election results are going to bring consequences to the internal political systems of many European nations. The effects are already being felt from England, to Greece. At mid-week we will look closer at the fallout this election is having for individual EU member-states, and the union as a whole.