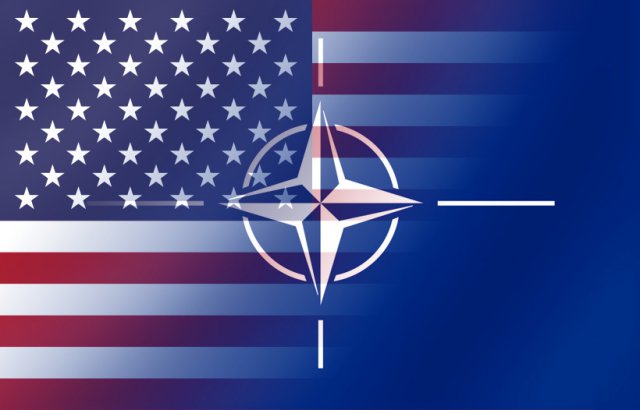 Last week, the question of NATO’s role in the 21st Century was broached on the campaign trail here in the United States. Republican presidential candidate, and frontrunner Donald Trump expressed the opinion that NATO is obsolete in modern times and in urgent need of an upgrade to maintain its usefulness in the modern world. Initially, the media responses to Trump’s view were negative (big surprise there) and not taken seriously. But as time has gone on, many experts have stepped up to give their view on the issue. To the surprise of some folks on both sides of the Atlantic, Donald Trump is not the only American political figure who believes that NATO is flawed. Former US Secretaries of Defense Robert Gates warned of ‘military irrelevance’ for the alliance if its member-states did not invest more money and resources in defense. His successors at the Pentagon, Leon Panetta and Chuck Hagel have voiced similar criticisms.

Unfortunately, the idea of NATO relevance never seems to gain much traction in American politics or with the public. Donald Trump has dumped the question squarely onto the front burner as part of the broader argument that NATO nations need to commit more money and troops to the alliance and its missions in Europe and abroad. Even at the height of the Cold War, there were some American politicians advocating a US withdrawal from the alliance because of the financial burden the alliance places on US budgets. The United States, as NATO’s largest member, will invariably always pay the largest share of costs. Now, however, the argument that Europe needs to pull its own weight is more relevant than at any time since the late 90s. An old threat is reemerging as a new one evolves. The European members need to do more for the alliance and for themselves.

In January, 2013, defense expenditures in Europe were pitifully low. Western European nations especially were devoting less and less of their GNPs towards defense. Militaries were being downsized. The Netherlands and Belgium both did away with their armor, making their armies lightly armed, mobile forces with less firepower. They sacrificed firepower in exchange for mobility in the name of fiscal practicality. Great Britain’s military, especially the Royal Navy is a shell of its former self and Germany has allowed its army to deteriorate.

Now in 2016, the situation has changed. Finally recognizing the potential threats posed by Russia and ISIS, NATO members have been increasing defense spending since the Russian annexation of Crimea. Understandably, it was the Eastern European member-states that started the trend. Most had once been part of the Warsaw Pact and fear Russia’s ascendancy. But the Western European members have not been far behind and more attention is being paid to the states of their long neglected militaries.

By itself, is this enough to reinvigorate NATO? No. It is an encouraging step in the right direction though. NATO members need to be willing to deploy sizeable portions of their own forces to combat ISIS, confront Russian military moves, and contend with any new crises that threaten alliance interests. NATO is not officially involved in Syria, although many of the member nations have committed military forces on their own accords. Talk of uniting the efforts under an alliance umbrella lately have not gone anywhere and it is uncertain if anything will ever come from it.

The times have not passed NATO by just yet. It is still an invaluable instrument, one essential for European security and stability. That being said, it is in need of revamping. Everything from the command structure to doctrines has to be modernized and streamlined to meet evolving situations. The awkwardness of NATO’s position regarding involvement in Syria is a prime reminder that an overhaul is past due.

Europe is anything but united these days. NATO is facing problems similar to those the EU is facing. Neither body can form a consensus among its members on significant issues. For NATO this was not a major concern when the United States took a decisive lead in any and all alliance matters. Under the Obama administration, that leadership has been scaled back and the European alliance members have not stepped in to fill the vacuum. Realistically, Europe will not unite politically unless it is faced with a clear and present danger to its security. ISIS is nearly there. Russia might end up becoming that danger in the near future. Unless NATO is reformed and concrete changes are made, more questions will be raised in Washington about the wisdom of continuing to shoulder the weight of defending Europe when so many Europeans seem unable or unwilling to contribute their fair share. 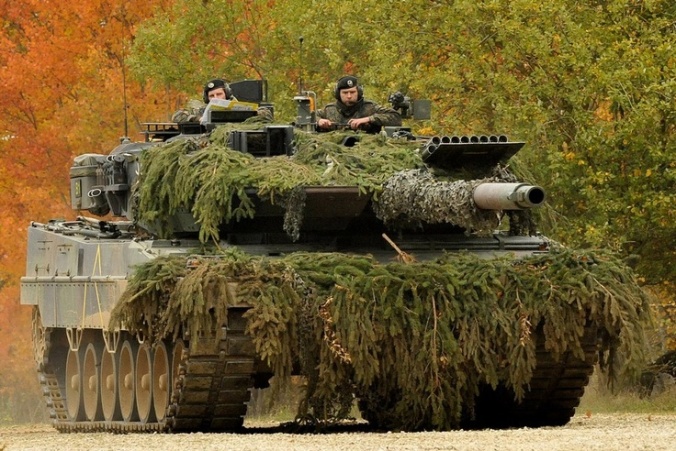 The headlines coming out of Europe for the last month paint the a picture of NATO awakening: A month long multinational training exercise in Estonia involving aircraft and airmen from the United States, Estonia, Finland and Sweden. Florida Air National Guard F-15C Eagles  commence a six month deployment to Eastern Europe. A number of NATO nations increase their defense spending in light of recent Russian actions. Germany decides to recommission 100 Leopard 2 Main Battle Tanks to bolster the combat capability of its long neglected ground forces.

NATO exactly is not making like its 1985 all over again, but the latest moves by alliance members are steps in the right direction. The unwillingness to adequately meet the dangers posed by Vladimir Putin’s Russia is slowly melting away. The notion of conceivably having to confront a militarily resurgent Russia is becoming less theoretical and more concrete as time goes on. Military preparedness is becoming a hot topic in capitals across the continent. Some alliance members are coming around to the realization that their armed forces are not adequately prepared for modern conventional warfare. Almost twenty five years of relative peace, shrinking defense budgets and political indifference have taken a toll. Now, in order to ensure that their forces are ready to meet treaty commitments, the majority of alliance members are being forced to play catchup.

Even the United States has had to adjust to the new realities. US combat power in Europe was drawn down dramatically from what it even a decade ago. EUCOM had become something of a clearinghouse more than a combat command. Fighter wings and Army brigades based in Europe were being deployed to Afghanistan and Iraq regularly for combat tours. In April of 2013, the last American tanks had been withdrawn from Europe. The strategic shift to Asia and the Pacific was underway.

Now, two years later, it’s a different situation altogether. The European Reassurance Initiative will allow US commanders in Europe to draw funds from $1 billion dollars set aside by Congress for contingency operations. American armor is back in demand in Europe. Abrams and Bradleys are rolling through the Baltics. USAREUR is exploring options for prepositioning equipment in Eastern Europe. F-16s are thundering across the Estonian sky while Flordia ANG F-15s take part in Frisian Flag and prepare to deploy east to Bulgaria. Power projection and combat preparedness are the priorities. Once again, US European Command has become a combatant command in its own right.

Germany’s reaction to Russian aggression is somewhat more ambiguous. On April 10, the German government announced that it will be placing 100 mothballed Leopard 2 MBTs back into service and modernizing them. The move is intended to give the German Army more combat power at a time when NATO revamping its Reaction Force to meet the threat emerging from the east. This is not a short term solution, though. The tanks will not begin modernization until 2017 and only after that is completed will they be placed back in service with line units. Two or three years is a long time. If relations between NATO and Russia begin to normalize by then, the modernization can be cancelled and the tanks placed back in reserve. In essence, the Germans are hedging their bets with this move. It will not change the balance of power in the short term, so Moscow will have a difficult time viewing it as a provocation.

NATO’s Eastern European members are addressing the threat posed by Russia with robust increases in defense spending. After all, these nation-states share a border with Russia, and at one time most were either part of the USSR or the Warsaw Pact. Lithuania’s defense spending will increase by 50% in the foreseeable future. The other Baltic States will join the trend with more modest defense budget increases. Poland began a military modernization program in 2013 before Russian annexed Crimea or the Ukrainian conflict began. This year, Poland’s defense spending will rise by 20%.

In contrast, defense spending in much of Western Europe continued to decline. Austerity remains the name of the game and defense cuts continue to occur. In Paris, Brussels and London, Russia is not yet viewed as an imminent threat. In Warsaw, Vilnius, and Riga, Russia is. Little by little, NATO is awakening. Progress is being made, but will enough of it be made in time?