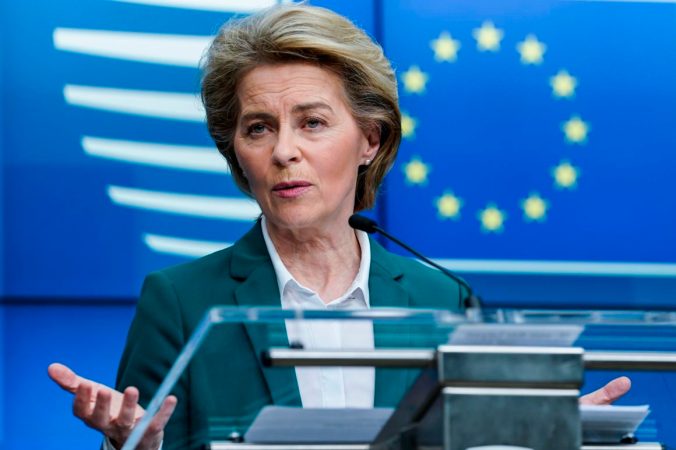 While the Continent grapples with the COVID-19 pandemic, the European Union is struggling to step up and provide the leadership one would naturally expect from a supra-national body in a time of crisis. Instead, the supposed advantages of the ‘One Europe’ concept which have been extolled by the EU for well over twenty years have turned out to be little more than a bill of goods. The moment has arrived when EU member-states are looking towards Brussels to take the lead in the fight against COVID-19. To their dismay they’ve found nothing even resembling leadership. As the pandemic’s grip on Europe tightens, the weaknesses of the EU are in the spotlight. Brussels has failed to provide coordination of efforts or to take the initiative in developing, and implementing measures to fight the virus.

Instead, EU member-states are looking internally and developing national solutions. Border control is the issue where this has been seen most. A number of member-states have taken firm control of its national borders and imposed selective closures or other necessary actions, in complete disregard to Schengen, and EU recommendations regarding border control. In the early days of the crisis, as it became apparent how grave the situation could potentially become, some member-states decided to unilaterally hold back from exporting medical equipment to Italy, the EU nation that has suffered most from the pandemic. The message being projected from these actions is not ‘One Europe’ but something more along the lines of ‘When the going gets tough, nation-states will revert to form and look out for itself first.’

EU Commission President Ursula Von der Leyen has missed the opportunity to get out in front of the crisis. The vacuum that has developed in the absence of EU leadership and ability to organize COVID-19 strategy directly led to the nation-first approaches cropping up around Europe. In the words of a European Parliament member, the reaction of the Commission, and the EU as a whole has been “Too late, too slow, too little.”

As the crisis continues to play out, EU leadership has to be wondering how the fumbles, and missed opportunities of today will affect the political picture in Europe in the aftermath of COVID-19.