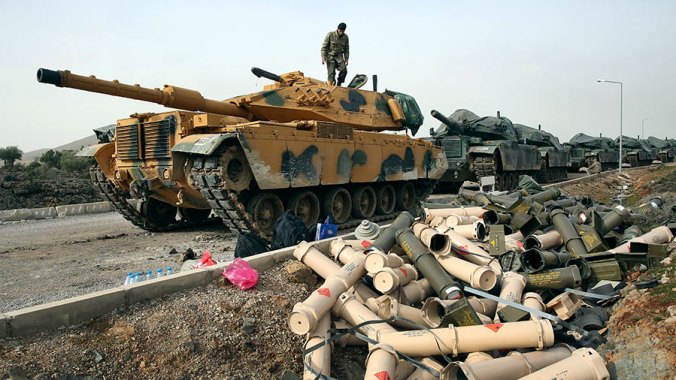 Earlier this evening Turkey announced its ground forces have begun crossing the border into Syria. After a short preparatory artillery barrage, and preceded earlier by airstrikes, Turkish ground forces are making their initial assault.

When Turkey launched air strikes earlier in the day, Kurdish forces requested US air cover to protect its troops, and the Kurdish civilians located near the targets. Washington declined the request and has instructed the US military not to become involved in the fighting.

Meanwhile, back in the US, President Trump continues to receive a hearty dose of criticism from Democrats, and some of his fellow Republicans. The fear in Washington and among some military officers, and analysts is that the United States has abandoned the Kurds, a staunch ally in the fight against ISIS. Whether accurate or not, a growing concern is that other US allies will second-guess US commitments to the security, and defense of their nations, potentially undercutting the US position around the world.