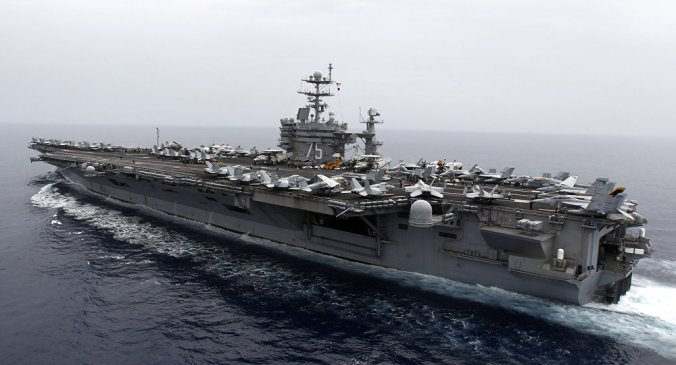 The USS Harry S Truman, and her escort ships entered the Norwegian Sea on Friday, marking the first time a US aircraft carrier has operated above the Arctic Circle in nearly 30 years. The last time was in September, 1991 a few months before the dissolution of the Soviet Union. USS America moved north of the Circle while taking part in the NATO exercise Northern Star. Coincidentally, the reason for Truman’s venture north is also to participate in a NATO exercise. Trident Juncture 18 is scheduled to officially begin on 25 October.

In the last decade of the Cold War, US aircraft carriers operated north of the Arctic Circle in the Norwegian Sea on a fairly regular basis. If hostilities had ever broken out between NATO and the Warsaw Pact back then, the Norwegian Sea would’ve been a hotly contested piece of water. The US Navy’s Maritime Strategy had called for multiple carrier battlegroups to operate in the Norwegian Sea, in close proximity to the Soviet mainland. The concept at the time was for the carriers to eventually bring the war to Soviet soil with heavy airstrikes against military targets on the Kola Peninsula. Back then, whenever a US carrier moved north of the Arctic Circle ostensibly to take part in an exercise, it was also there to send a message to Moscow.

The same could very well hold true today. Truman’s journey north serves as a reminder of the US Navy’s global reach, and striking power at a time when tensions between Russia and the West remain high.