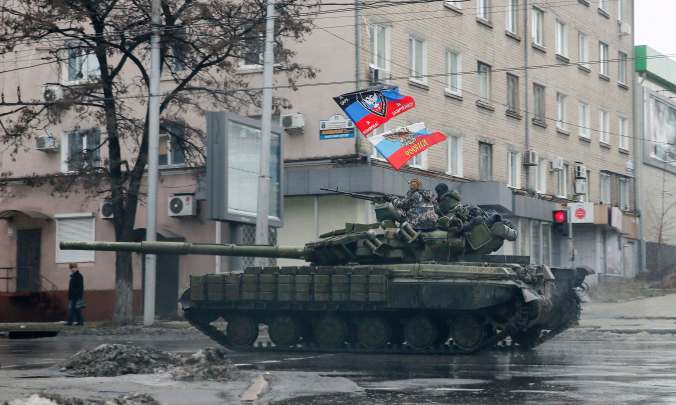 Kiev and Moscow are waiting anxiously for the US response to the rebirth of fighting in eastern Ukraine. For the Ukrainian government, and its people the primary fear is that US support is on the decline now with Donald Trump in the White House. Another concern is the possibility that Putin is now moving to solidify his grip on the eastern part of Ukraine and use it as leverage over the United States on other issues such as the repeal of US and European sanctions currently in place against Russia. Moscow is watching the reaction from Washington closely as well, for its own reasons. In a best case scenario for the Kremlin, the start of fresh fighting in Ukraine demonstrates Russia’s hold on power in the region and that Russia alone holds the keys to regional peace.

Washington’s response to the fighting has so far been muted. The State Department released a statement yesterday calling for an ‘immediate, and sustained ceasefire.’ There has yet been no comment from the White House on the clashes. The Pentagon has been quiet as well with Secretary of Defense embarking on a trip to the Far East today to reassure US allies in the region and address the North Korean nuclear threat.

The flashpoint of the latest round of fighting is the town of Avdiivka, a northern suburb of Donetsk. For three days, government and separatist forces have been locked in a battle for control of the industrial town. The heavy fighting has severely damaged the infrastructure, resulting in the loss of power and water for thousands of residents at a time when temperatures are dropping to -20C in the evening hours. It is unclear which side is responsible for initiating the fighting with the government and separatists blaming one another.

President Trump has spoken numerous times about his desire for better relations with Russia. Vladimir Putin’s definition of better relations likely includes the dropping of sanctions, which has not happened yet. There was a high level of expectation in Moscow that the sanction issue would be settled when Trump and Putin spoke over the weekend. To Putin’s probable disappointment, it has not happened. A day or so later and fighting breaks out again in the Ukraine. Draw whatever conclusions you wish, however, there does appear to be a higher purpose behind the recent events in Ukraine.