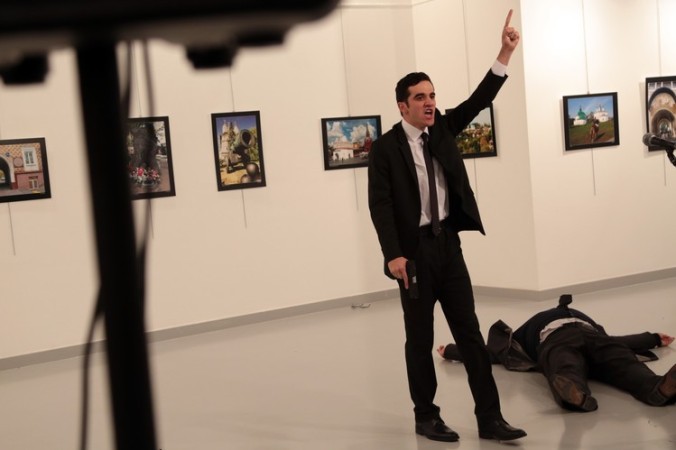 The long-term implications are not clear right now, but Russian and Turkish officials seem to be downplaying the chances of this assassination leading to a new rupture in Turk-Russian relations, which have been mending since the Turkish shoot down of a Russian aircraft last year. Vladimir Putin called this an act of terror and laid the blame squarely at the feet of terrorists. Turkish President Recep Tayyip Erdogan, in a speech given Monday night, stated that the attack was likely an attempt to disrupt the normalization of relations between Russia and Turkey and that neither nation would be seduced by the provocation.

The attack also comes after a week of protests by Turks against Russia’s support for the Syrian government. The fall of Aleppo, and Russia’s part in the effort resulted in angry protests and may have served as the catalyst for Altinta’s action.

Even though Russia and Turkey are treading carefully, and holding back from making any provocative statements, that could change rather quickly. The situation is very fluid and what comes about in the next 36 hours will tell us a lot about how far the implications of this assassination will stretch.

*Author’s Note- I’m aware of today’s Berlin incident, however, time is at a premium right now. I will be discussing that situation tomorrow.*