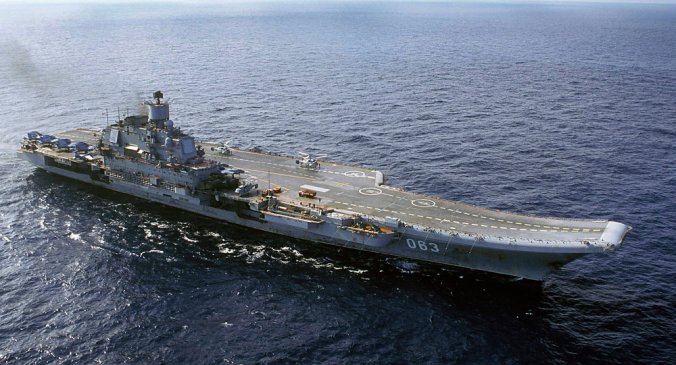 While people here in the United States recover from the raucous election season and start coming to terms with the reality that Donald J. Trump will be the 45th President of the United States, the Russian military is preparing for the final assault on Aleppo. It was widely anticipated that no major effort would be made by Syrian and Russian forces until after the US election had concluded. Now, as expected, that offensive is likely just days away from beginning.

In the Eastern Mediterranean the Russian battlegroup spearheaded by the aircraft carrier Admiral Kuznetsov, and the nuclear powered battlecruiser Pytor Velikiy has arrived off of Syria and is preparing to begin combat operations. Aircraft from the carrier have begun conducting reconnaissance flights in the Aleppo area. Interaction flights around Khmeimim Air Base near Latakia have been underway for the past four days as aircrews from the Kuznetsov work to familiarize themselves with air operations over Syrian airspace.

At the same time, activity has been increasing at Engels Air Base, outside of Saratov, Russia. Engels is home to Tu-95 Bear and Tu-160 strategic bombers. This morning TASS reported that those bombers are being readied for imminent strikes on targets in Syria. The crews have been placed on ‘combat readiness,’ while the aircraft and munitions are being prepared for the upcoming sorties. TASS has also reported that the bombers are being armed with cruise missiles.

This is the period of opportunity which I mentioned in previous the previous post. Between now and 20 January, 2017 Russia will have an opening to expand operations in Syria without having to concern itself with inciting a decisive response from the United States. With the transition period underway in Washington, the Obama administration is not in a position to take major action in Syria and run the risk of worsening the situation for the incoming Trump administration. Vladimir Putin also needs to be cautious. He has a free hand in Syria, but taking similar action in Ukraine or Eastern Europe would invite a strong US and Western response, transition period or not.