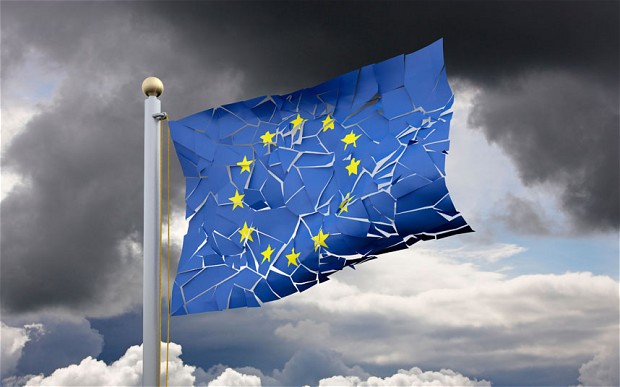 As we march towards the midway point of 2016 it is quite clear that the past six months have been an arduous time for Europe. The heavy worldwide media coverage of Brexit over the last week revealed to many across the globe that Europe is an embattled continent. Sovereign nations, and supranational organizations alike are facing four major challenges that threaten to alter the face of Europe for decades if left unanswered. Thus far, neither the EU, NATO, sovereign nations, or a combination of the three have been successful in coming up with solutions. The failure to find solutions is beginning to produce adverse consequences, as we saw this past week with Great Britain voting to leave the EU.

In July, Today’s DIRT will analyze the four major challenges facing Europe right now, as well as the European responses to each. As far as IR and defense matters go, Europe is where it is at right now. Consider it an IR and defense smorgasbord. There is something for everyone. All of the issues are interconnected to one degree or another.  The series will be divided into four parts and cover the topics listed below.

The European Union– Anti-EU sentiment was running high even before Brexit. Right now there are fears that it will go viral across the continent and separate more nations from the EU. The European Union is at a crossroads.

Russia– Europe has not responded effectively to Russia’s return to the world stage. Eastern Europe is becoming a powder keg and Putin has not been effectively deterred from veering Russia away from the course it is on at the moment.

Terrorism– The Brussels and Paris attacks revealed that Europe has become something of a free fire zone for ISIS and other radical Islamic groups. Progress in bolstering security has been made, however, it is unclear is Europe is doing enough to keep its citizens safe.

Immigration/Refugees– Brexit came about it large part because of the EU’s erratic response to the surge of refugees that have been coming from the Middle East and Africa. The recent spike in terrorist attacks is also linked definitively to the Immigration issue.