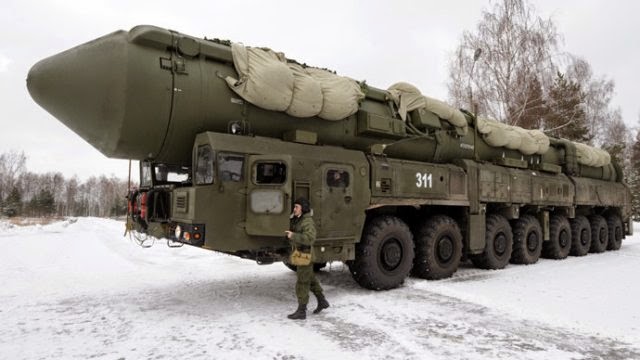 The concept of the first strike has been ingrained in warfare for centuries. In the broad sense, every war or conflict commences with a first strike. After all, there must be an instigator for a war to begin. One nation-state or coalition’s forces must cross the border of another in order to officially open hostilities. Wars rarely, if ever, start by mutual consent and armies clashing on the border of disputed territory. The factor that normally dictates the parameters for initiating a first strike are political in nature. The justifying reasons for a first strike can be economic, political, or military, however, the decision to initiate is made by a nation-state’s political leadership. This is the most important cog in the first strike mechanism. Since the introduction of nuclear weapons as a viable warfighting tool, even more so.

A first strike is essentially a pre-emptive attack undertaken to gain a definitive strategic advantage over an opponent. In the past 100 years there have been some visible examples of pre-emptive action. The Israeli air strikes in June 1967, Israel’s strike on Osirak are of them. What it boils down to is a ‘get them before they get you’ mindset for the initiator.

When it comes to nuclear weapons, a first strike is a more complex and deadly instrument.  The consequences of launching a nuclear first strike are considerably higher, but so are the potential rewards. Nuclear weapons are, after all, weapons, only with a far greater explosive power. When they are designed and built, it is assumed that these weapons could be used one day.  In the years before the Soviet Union exploded its first atomic weapon, there were some influential voices calling for the use of nuclear weapons against Russia to curb its aggressive appetite. One of the supporters of such action was, surprisingly, Bertrand Russell, the famous philosopher and renowned pacifist. Military planning has also included first strike options, mainly because contingency planning, as a rule, covers every conceivable scenario. The public perception that a nuclear war would result in no winners does not carry over to the military mindset. Wars are not suicidal ventures. They are initiated to achieve objectives.

The prime objective of a nuclear first strike is to neutralize the enemy’s nuclear forces before they can be used in a retaliatory strike, and force it to either accept terms of surrender or endure a follow on strike against its population centers. The moment a nation loses its nuclear weapons, it is at the mercy of the first strike initiator. The initiator has to be willing to absorb an acceptable amount of casualties and destruction in exchange for achieving nuclear primacy. Once that primacy is established though, the game is over.

Despite the addition of new members to the nuclear club, the United States and Russia are the only nations currently capable of launching a successful nuclear first strike. The number of available warheads, and delivery systems, command structure and communications systems are the elements that determine this. China is expanding its own nuclear forces as well. However, for the foreseeable future will not be in a position to launch a successful first strike against either nation without bringing down massive retaliation upon itself.

At this point in the 21st Century, the tenets of Mutually Assured Destruction no longer apply. The balance of terror as it was in the Cold War no longer exists as the standoff between the United States and Soviet Union has ended. The number of warheads and missiles each nation has aimed at one another has diminished significantly. The power to destroy the world four times over still remains, but the ability to do that in the blink of an eye does not. Global destruction is not necessary to neutralize the other side’s strategic forces. It can be accomplished with a smaller number of weapons and the element of surprise.

At the moment, Russian Federation is crashing the global stage in an attempt to recapture the influence and power once yielded by its predecessor, the USSR. Vladimir Putin is undertaking a modified version of security through expansion and with mixed results. In the eastern Ukraine, Russian backed separatists continue to fight for the right to create their own independent nation-states, but their efforts have bogged down. Russia’s newest expedition is in Syria and while Moscow does not want to include Syria in a territorial expansion, it does want to expand its power and influence in the region and globally. It is too early to say with confidence how this venture will play out. Concurrently, Russia is facing economic issues at home that have the potential of causing issues down the line. If pressed, there’s no telling how Russia’s leaders will respond.

The United States is currently trudging through a period of vulnerability to a nuclear first strike. The argument can be made that all nations are vulnerable to surprise attack regardless of their vigilance. This is true, yet at the present time, the US is especially vulnerable. The national mood is similar to the ‘Malaise’ days of the Carter Years. The economy is not entirely back on track. America’s societal priorities are in disorder. On the foreign policy front, the current administration has been unable to construct and execute a consistent doctrine. The US continues to have commitments around the world in spite of efforts to disengage in some regions and shift focus to areas more vital to national interests. Military budgets continue to be slashed even as the number of flashpoints multiply across the globe. The cumulative erosion of military and economic resources is diminishing American security. This reality is most evident in US strategic forces. There have been a number of high profile cheating and drinking scandals in recent years involving personnel from the US Air Force’s missile wings. Senior officers at Strategic Command have not been immune either. More than one have been dismissed because of inappropriate behavior. Readiness is down across the boards. For a command entrusted with two arms of the nation’s nuclear triad this is not a good combination.

The situation will be remedied eventually but until it is, the United States is vulnerable at a time when Russia is hungry and aggressively expanding its influence and power.