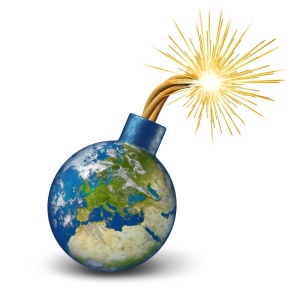 Back in August of 2014, I began renovating the look and feel of this blog. Also, I began toying with the idea of a brief that presented a glimpse of the comprehensive articles I planned to write for the coming month. On paper it was an excellent organizational concept. In practice, however, the results left much to be desired. As I became overloaded with the responsibilities of a new job, my plans fell apart.

Six months have passed and it is time to try again. Over the next two weeks, I am going to finish the renovations that were started in August. An outline for the coming month will also be posted on the 1st or 2nd of every month. Comprehensive articles will be published on the dates specified. Weekly updates, and posts about emerging crises will continue.

Why Saudi Arabia Matters So Much– With the transition of power to King Salman complete, Saudi Arabia begins to confront the myriad of challenges facing it. Yemen’s political collapse, a virtual cold war with Iran, and threats made by ISIS against the Kingdom top the list. Saudi Arabia is a rock of stability amid the chaotic sea that is the Middle East. Its importance to the United States is rising exponentially as disarray becomes the new norm in the region.

Exit Air Sea Battle, Enter JAM-GC– The concept of Air Sea Battle is supposedly alive and well despite the name change. This may not be the case. Will the concept survive and be expanded upon or will JAM-GC signify something entirely new? More importantly; why is the plan still a concept and not a concrete doctrine by now?

Senkaku Islands Dispute– Things have been relatively calm in the East China Sea lately. This article will examine recent developments and offer a guess or two about the direction that the China-Japan dispute could take in the near future.